Washington (CNN)Republicans on Capitol Hill at first breathed a sigh of relief this week when they learned President Donald Trump was planning to delay a decision on tariffs for foreign cars and auto parts by six months.

But their initial reaction overlooked a key implication of the move: Included in Trump’s announcement was his first formal assertion that imported cars and parts are in fact a national security threat.
Early relief quickly faded as realization set in that Trump had actually moved closer to wielding the tariffs down the road if he is unsuccessful in using them as leverage in trade talks with the European Union and Japan. Trump isn’t so much delaying auto tariffs as he is holding a gun to the global auto industry’s head and reserving his right to pull the trigger.
For lawmakers who believe auto tariffs would destroy global supply chains, harm American workers and raise costs for consumers, the best-case scenario has now passed. Trump could have announced before the Saturday deadline, as he once remarked on Fox News, that foreign automobiles are not a national security threat.
Instead, the President concurred with the findings included in Commerce Secretary Wilbur Ross’s still confidential report, agreeing that certain imported cars and car parts “threaten to impair the national security of the United States.”
Trump argued the “American-owned” auto industry contributes technological innovation to the defense sector, and that imports limit research and development spending in the US. 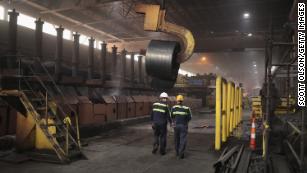 US lifts steel and aluminum tariffs on Canada and Mexico
In his Friday announcement, Trump directed US Trade Representative Robert Lighthizer to conduct negotiations over a 180-day period with the EU and Japan, as well as any other countries he deems necessary, to address the perceived threat posed by foreign cars and auto parts.
But at the end of those six months, if Trump isn’t happy with the negotiations, he will be just as empowered to slap his threatened tariffs of 25 percent on cars coming into the US.
On Thursday, some congressional Republicans who oppose potential auto tariffs began to grapple with the serious implications of the decision, realizing the delay, while offering temporary solace amid Trump’s escalating trade war with China, was not in their favor.
“The American economy has dodged a bullet,” Pennsylvania Republican Pat Toomey said in a statement to CNN. “However, the danger remains that these tariffs, pursuant to a Cold War-era trade law known as Section 232, will be levied in six months.”
Toomey also criticized Trump’s reasoning for labeling car imports as a threat.
“Toyota Corollas and Volkswagen Beetles do not pose a national security threat,” said Toomey.

Can Congress fight back?

Since Trump’s steel and aluminum tariffs went into effect last summer, lawmakers have been considering how to limit the President’s unilateral power to wield national security tariffs. Trump’s decision Friday likely adds urgency to that effort, and effectively gives lawmakers six months to find consensus on an issue that has deeply divided the GOP.
Senate Finance Committee Chairman Chuck Grassley, a Republican from Iowa, has been drafting legislation to limit presidential authority to impose national security tariffs without congressional approval. He says he is now looking for ways to combine two vastly different bills, one from Toomey, the other from Ohio Republican Sen. Rob Portman, into one piece of legislation that he hopes could have enough support to override a potential presidential veto.
Toomey’s bill is far more aggressive, and seeks to require congressional approval for all 232 tariffs — even those that have already been deployed. It would give jurisdiction to the Defense Department rather than the Commerce Department, and set a more limited definition of goods that can be considered national security threats.
Portman has argued for a more scaled-back approach, which would also shift authority on the issue to the Defense Department.
Grassley’s compromise legislation, on the other hand would allow the administration to implement tariffs for a certain time period, after which they would need congressional approval for an extension.
There are deep disagreements between Toomey and Portman on the congressional approval requirement, and Grassley’s suggestion hasn’t earned Portman’s support yet. Congress would also have to overwhelmingly agree to the legislation to override a looming veto threat from Trump.
Progress has been slow.
“We haven’t negotiated it yet,” Grassley told CNN on Thursday. “There’s an urgency for it, absolutely. Not because of the present tariff situation, but because the Congress delegated too much authority.”
Meanwhile Grassley and other top lawmakers want the White House to release the confidential Section 232 report prepared by the Commerce Department justifying the auto decision, but to no avail.
“I have serious questions about the legitimacy of using national security as a basis to impose tariffs on cars and car parts,” Senate Finance Committee Chairman Chuck Grassley said in a statement after Trump announced the delay.
It is unclear when the White House will release the document. Technically it’s required to, though there’s no deadline governing how quickly. The President does have to issue a statement explaining his reasoning to Congress 30 days from Friday’s determination, according to the law.

Tariffs on cars from Japan and Europe would be particularly painful for conservative southern states with foreign auto plants. Over the past two decades, companies including Toyota, BMW, Volvo, Honda and Hyundai have built large assembly plants across the southeast in states such as South Carolina, Tennessee, Kentucky and Alabama.
Toyota issued a critical statement following Trump’s announcement.
“Today’s proclamation sends a message to Toyota that our investments are not welcomed, and the contributions from each of our employees across America are not valued.” 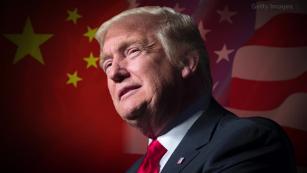 Trump’s trade war puts Southern Republicans in an awkward spot
Republicans are unlikely to side with Trump on his claim that cars produced at those plants threaten national security.
“That’s a stretch,” Texas Sen. John Cornyn told CNN of Trump’s assertion. “The whole idea of tariffs as policy is controversial. Tariffs as a way to get people to the negotiating table is not particularly controversial, but we’ll have to see how it develops.”
For now, Republicans say they hope Trump can strike deals with the EU and Japan to avert disaster, but they recognize talks may be an uphill climb.
Members of Congress are more optimistic for a deal with Japan than they are with the EU, which is known for being a tough negotiating partner.
EU officials have prepared to target $23 billion in American goods with retaliatory tariffs if Trump follows through on his threat. They have also held firm against the White House’s demands for a broader trade agreement to open up European markets to American agriculture. Consider Lighthizer’s assessment in March that talks between the United States and the EU were at “a complete stalemate” — before negotiations had even begun.
EU Trade Commissioner Cecilia Malmstrom tweeted on Friday that she would discuss the decision with Lighthizer next week in Paris, “But we completely reject the notion that our car exports are a national security threat.”

Coronavirus infections in US top 400K

This cannot be undone.

Erdogan sees ‘window of opportunity’ for US to lift Iran sanctions

US down premarket, Dow tumbles over 180 pts

Schools in England to reopen on March 8 – minister

Vaccines helped UK get number of infections down – minister

This website uses cookies to improve your experience while you navigate through the website. Out of these, the cookies that are categorized as necessary are stored on your browser as they are essential for the working of basic functionalities of the website. We also use third-party cookies that help us analyze and understand how you use this website. These cookies will be stored in your browser only with your consent. You also have the option to opt-out of these cookies. But opting out of some of these cookies may affect your browsing experience.
Necessario Sempre abilitato

Any cookies that may not be particularly necessary for the website to function and is used specifically to collect user personal data via analytics, ads, other embedded contents are termed as non-necessary cookies. It is mandatory to procure user consent prior to running these cookies on your website.